We will gladly
advise you.


Little journey through time in the
history of humidity measurement 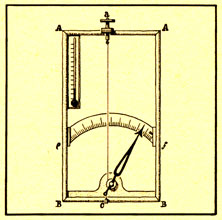 In 1787 the Swiss naturalist became the second person to climb Mont Blanc, the height of which he was able to work out using a barometer, declaring it the highest mountain in Europe.


His extensive meteorological observations led to the development of meteorological instruments, so he developed in 1783 the first hygrometer utilizing human hair to measure humidity.

In the past women's hair was used changing length when moisture is absorbed. Today, synthetic substances are formed as fine threads, being able to meet today's requirements for accuracy, long-term stability and robustness. Galltec GmbH has the experience and offers a versatile, fully developed programme of humidity measuring technology. 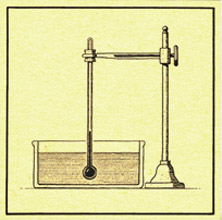 In 1780 the physicist developed a condensation hygrometer which measured the water vapour amount in air by means of cooling. The hair hygrometers known at the time offered the advantage of displaying the humidity directly and immediately, but they were inaccurate.

Le Roy used a tin container filled with water with a thermometer attached to a holder. The temperature of the water in the container was cooled down by gradually adding small pieced of ice, thereby also cooling down the temperature of the immediate surroundings. The ambient air, which was colder now, quickly became saturated and condensed on the outer wall of the tin container. The water temperature measured now corresponds to the dew point temperature which, in turn, is dependent on the relative humidity.

Thank you, your e-mail is delivered.
Your data will be used exclusively for our newsletter and will not be passed on to third parties. The Galltec+Mela Newsletter is sent 1 - 4 times per year. 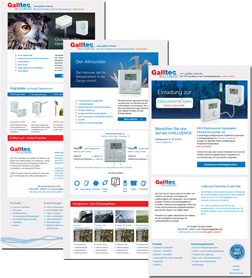